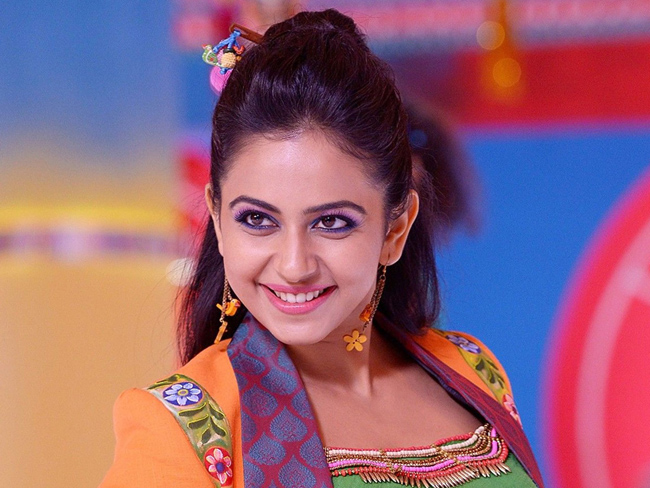 Punjabi beauty Rakul Preet Singh is no longer a star heroine in South. She was once the most sought after actress in Telugu and Tamil but she suddenly faded away after a few flops. She tested her luck in Bollywood with films like ‘Aiyaaray’ and ‘Marjaavan’ but they tanked at the box-office.

Her only hit in Hindi was ‘De De Pyaar De’ which had Ajay Devgn, Tabu and Rakul playing the lead roles. Rakul was seen as the young love interest of a middle aged man who has a daughter of her age. This comedy entertainer produced by Luv Rajan was a success and Rakul went all out in terms of skin show in this film. Her glamour feast was a huge shock to everyone and her fans were enthralled by her display.

Rumours suggest that this comedy caper is being remade in the South and the makers are planning to rope in Rakul once again for the role she did in the original. Since Rakul doesn’t have any good offers in her hand right now, grapevine suggest that she may give her green signal for this remake. If she agrees, we need to see if Rakul showcases the same level of glamour dose in South too or not.