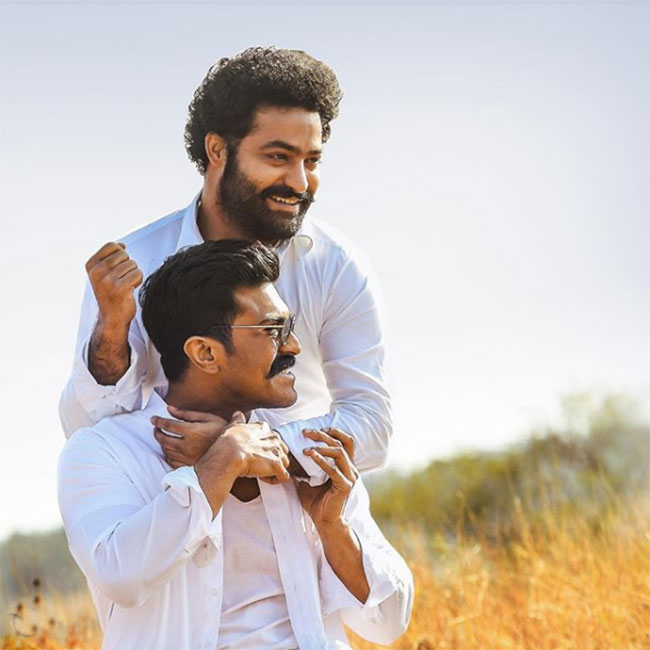 The upcoming film of Jr NTR and Ram Charan can be said as the biggest multi-starrer of these days. In Tollywood, Multi-starrers are very rare unlike the Bollywood where it is very common!

The Director SS Rajamouli faced this question recently as to how he would manage the fan wars between the new age superstars of Tollywood NTR and Ram Charan. The answer was simple from the maverick director Rajamouli who said- Films like Superman and Spiderman come only if two stars join together. I wanted to show the same in Tollywood and thus decided to go for a multi-starer film post the magnum opus Bahubali series.

He further added saying that he had plans for the fans of his both stars and thus used a voice over of NTR for Ram Charan’s birthday video. The promotions would be the same following the mutual benefits of the stars. Moreover, the two actors are great friends off the field and never show their tantrums of coming from a big traditional families which made my job balancing them as stars made me comfortable.

On the latest, News reports said that Ram Charan has given voice over for NTR in the upcoming teaser and has put everyone in curious state as to what the Ace Director planning!

In this era of social media, even a small role fetches good recognition and fan wars are mostly among the rural fans who are rarely fighting these days. Is there anything that Rajamouli can’t handle? No. Not at all, after all his track record proves it! Let’s see how many records this film breaks!