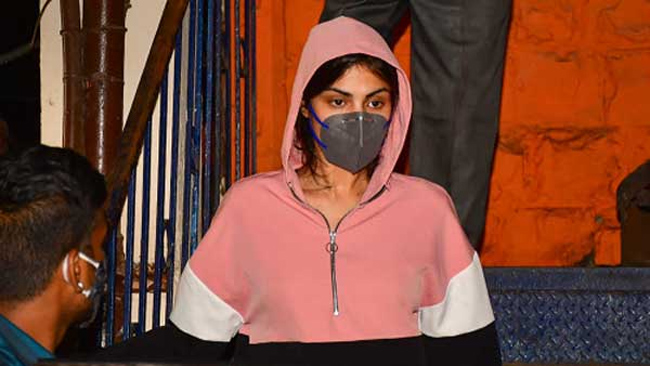 Actress Rhea Chakraborthy is been in the news ever since Sushant Singh Rajput’s demise. People questioned her lack of response initially and with all the allegations of stealing money from Sushant and buying drugs falling on her face, Rhea has been facing the heat of public and media over the past few weeks.

She was taken into custody on 8th September and is investigated on the drugs probe and people involved in it. Along with her, Showik Chakraborthy who happens to be her brother was also arrested. Her bail petition was rejected by special NDPS Court and her custody extended till the 20th of October.

Rhea finally got a respite from all this as the Mumbai High Court issued a bail for the actress. However, her brother Showik’s bail request was rejected. Rhea got the bail on a personal bond worth 1 crore and she is not allowed to fly abroad as the officials ordered her to surrender her passport at the police station.

News is that she should be present at the police station every ten days and should inform the officials if she plans to leave Mumbai for work purposes. Despite all the restrictions, getting out of jail is definitely a huge relief for Rhea Chakraborthy and her family.