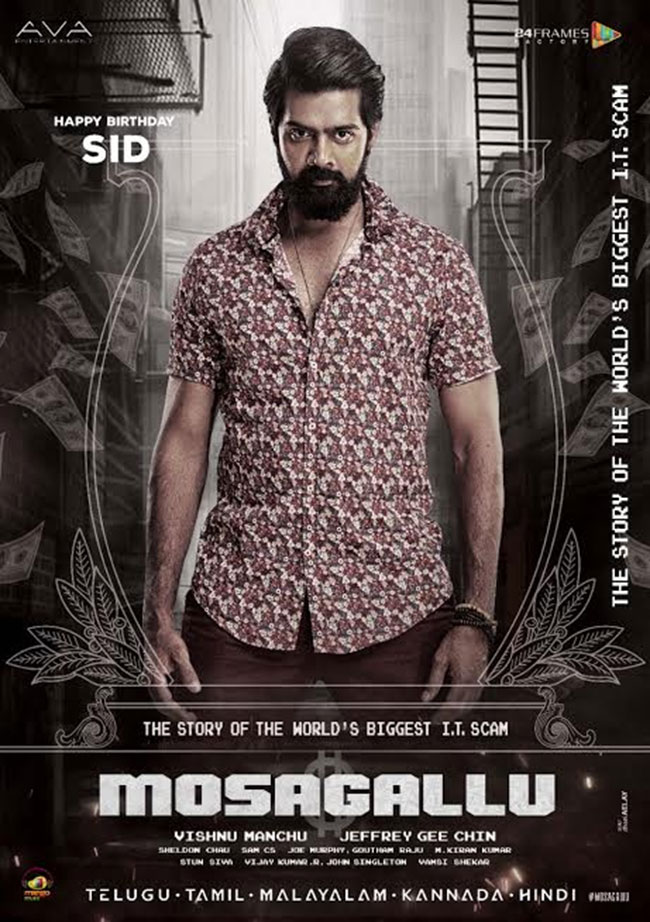 Talented young hero Naveen Chandra is celebrating his birthday today and the team of his upcoming film ‘Mosagallu’ released a special poster wishing him. Naveen Chandra rose to fame with ‘Andali Rakshashi’ and proved himself as a good actor in films like ‘Aravinda Sametha’, ‘Devadas’, ‘Nenu Local’, ‘Miss India’ and others.

He is playing a key role in the upcoming crime thriller ‘Mosagallu’. Manchu Vishnu is producing this film apart from acting as the lead actor. Suniel Shetty is playing the role of a tough police officer while Kajal Agarwal will be seen as Vishnu’s sister. The film is a story of the world’s biggest IT scam and promotional content released till now generated good buzz over this film.

Directed by foreign filmmaker Jeffery Gee Chin, ‘Mosagallu’ will be released in Telugu, Tamil, Hindi, Kannada and Malayalam. In the birthday poster, we can see Naveen Chandra as the character named ‘Sid’. He looks serious and gives an intense vibe. He looks good as usual and it is to be seen how his character plays out in this crime thriller.