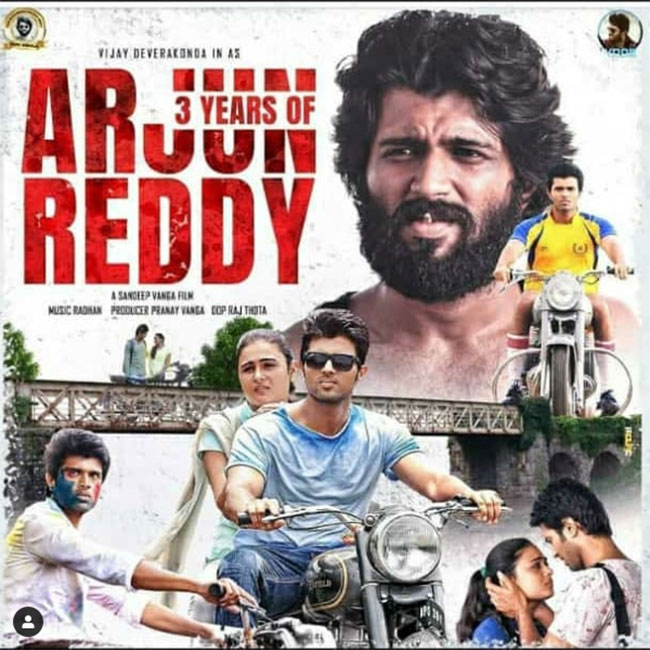 Arjun Reddy starring Vijay Deverakonda and Shalini Pandey in the lead roles was a blockbuster Tollywood film that has also been adapted by remade into multiple languages. Today marks the third year of the film’s release.

The film was released in 2017 and managed to collect around â‚¹51 crores through box office collections. Though Vijay’s first film as the lead actor was Pelli Choppulu, Arjun Reddy made him a star actor and turned an overnight sensation.

Be it the controversy or public’s criticisms about Vijay’s characterization, the film was one of the much-talked-about topics back then. Even after three years, the iconic film is still in talks of the town. On this occasion, fans have now started a new trend on Twitter. They have started trending the #3YearsOfArjunReddyMania.