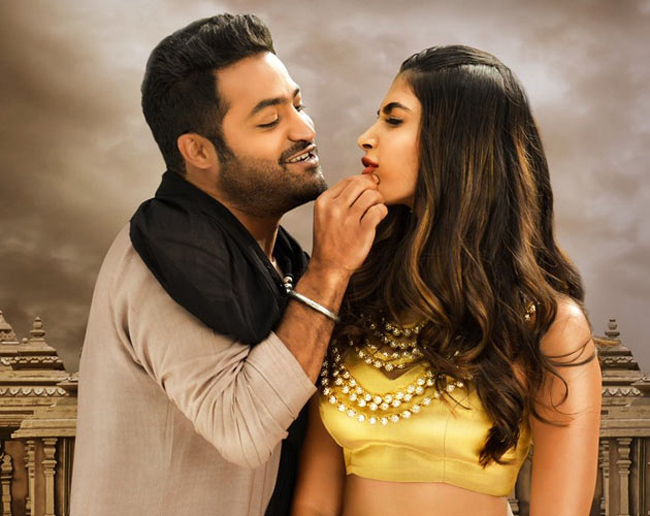 Star writer-director Trivikram Srinivas has a habit of repeating his actors consistently. He did two films with Mahesh and three films each with Allu Arjun and Pawan Kalyan. Coming to the heroines, he worked with Samantha in three films and with Ileana for two movies.

He found a new favorite in dusky Kannada beauty Pooja Hegde. This star heroine worked with Trivikram for ‘Aravinda Sametha’ and ‘Ala Vaikunthapuramlo’ and if sources are to be believed, they will be working for the third film in a row. News is that Trivikram is interested in roping her once again for his upcoming film with NTR. The ‘Simhadri’ hero reportedly gave a green signal trusting his director.

But rumors suggest that there will be scope for another beauty in this flick and the makers are planning to take Amrutha Aiyer for it. As NTR is busy with ‘RRR’, Trivikram is planning to start this film from February and is hoping to release it during the Sankranti season of 2022. Grapevine suggests that he may take 6 months for music sessions with Thaman for this film as their previous collaborations turned out to be chartbusters.