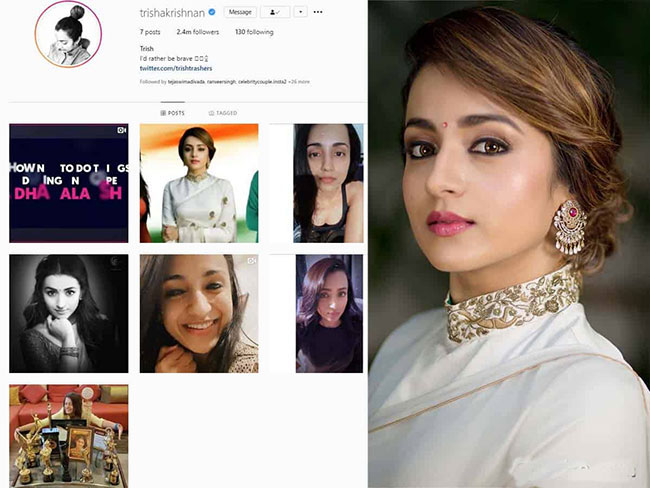 The craze for social media is never ending. So many people get the extra mileage among fans. The social media apps has now found its new love among celebrities who are already famous.

Trisha Krishnan aka Trisha, the Kollywood glam-doll who appears ageless has debuted on the Instagram long ago but has recently deleted all her posts raising doubts among her fans. The fans are now asking why the star has done so and why did she limit only 7 posts in it? Trisha seems never bothered about the concern of fans but let’s see whether she responds or not!

Trsiha of late has been very selective in choosing the films. She is giving the nod for films that has good role for her and that should balance her pay cheque well. This is the reason she opted out from the Megastar Chiranjeevi-Koratala Siva film ‘Aacharya’ sources say!