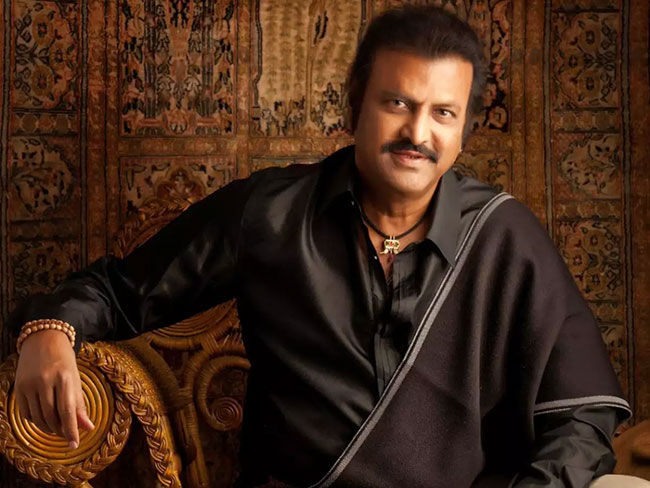 Veteran actor Mohan Babu is not seen on the big screen frequently these days. He is limiting himself to a specific kind of roles respecting his age. Apart from being a seasoned actor, Mohan Babu is also a big producer who made many films under his Lakshmi Prasanna Pictures banner. Trusted sources say that this legendary actor is now stepping into the direction.

This is not made official yet but the news is that he is discussing some concepts and genres with popular writers. As soon as the script is locked, Mohan Babu will become the director as per sources. Rumours suggest that it will be made on a big budget with some top actors working in it. The announcement is said to be around the corner and film enthusiasts are exciting about it.

Mohan Babu recently did an important role in ‘Aakasame Nee Haddu Ra’ starring Suriya in the lead. He was seen as SV Ranga Rao in ‘Mahanati’. He recently announced a film titled ‘Son Of India’ under Diamond Ratna Babu’s director. It looks like the actor-producer and soon-to-be director is getting all busy these days.