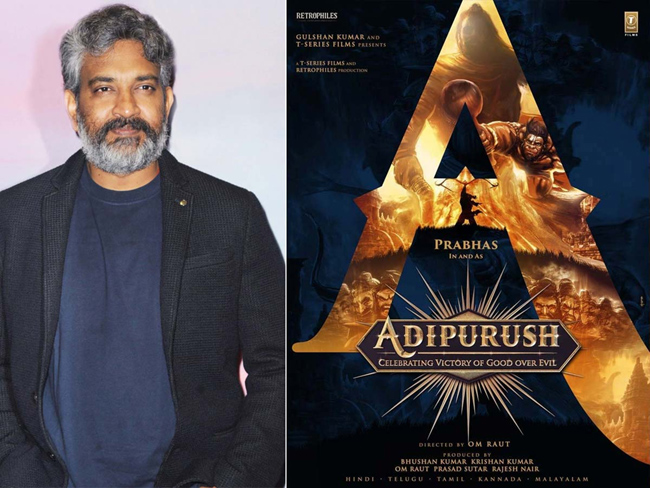 Ever since Young Rebel star Prabhas unveiled the poster of ‘Adipurush poster, wishes are pouring in for the film from fans and celebrities and a sensational director added to the list.

He is non another than SS Rajamouli who shot to pan-Indian fame with magnum opus Bahubali franchise.

In his recent interview, Rajamouli, who is popularly known as Jakkanna said he saw Adipurush poster long back and termed the poster as fantastic.

Talking about Prabhas’s career, the filmmaker said, the actor’s popularity is skyrocketing now and after the much-awaited Adipurush film, Prabhas’s career will reach another level.

Adipurush which is going to be an action-drama will be directed by Om Raut, who Directed Ajay Devgan starrer Tanhaji: The Unsung Warrior.

This venture which is expected to hit the silver screens in 2022 will be bankrolled by Bhushan Kumar under his T-Series banner.