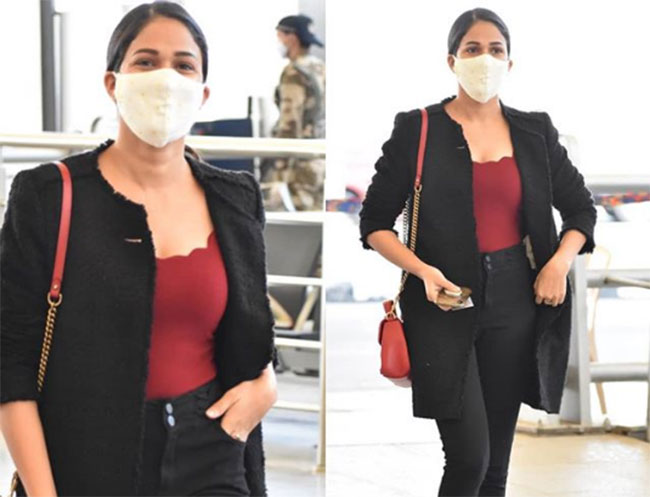 The long-legged beauty of Tollywood, Lavanya Tripathi is just waiting for a golden chance to resurrect her falling Telugu Cinema career. It is evident that she started with small films and landed in big movies and later missed the big league!

The actress would be seen as a hockey player in the sports outfit for the film A1 Express produced by Sundeep Kishan who is also playing a crucial role in the film. It is said to be a different love story.

On the latest, the actress was clicked at the Hyderabad Airport in that pic she was looking stunning with her curves visible even when decked up with a blazer and T-shirt without revealing much of her skin. The actress looked beautiful as ever and has drawn attention of the crowd at the Airport.