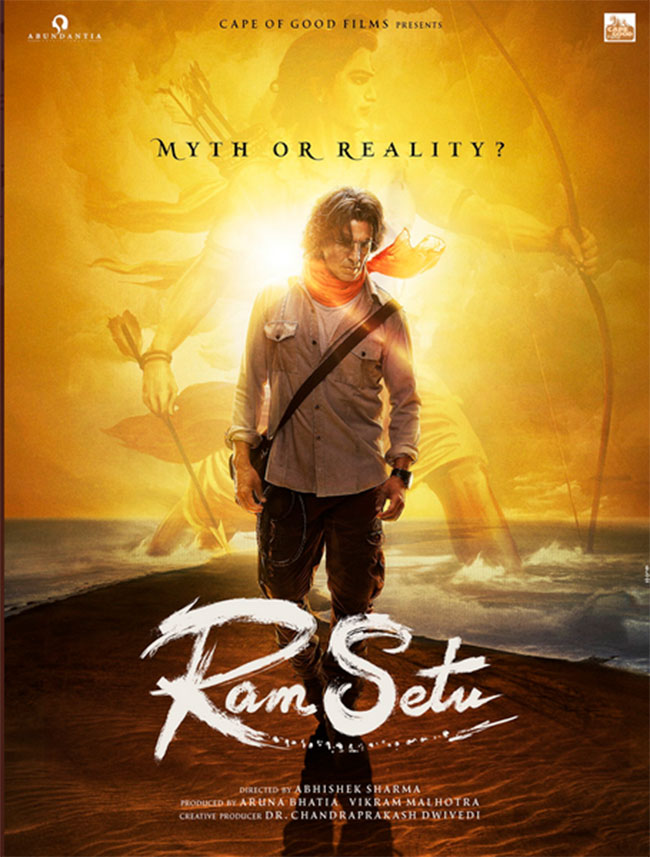 Bollywood superstar Akshay Kumar has announced a new film this Diwali. The actor-producer has also unveiled the first look from the film, titled “Ram Setu”.

The first look poster features Akshay as a traveller in a shirt and cargo trousers with a small bag hanging around his shoulder. He sports slightly longer hair and the background of the poster has Lord Ram with a bow and arrow. Akshay, with a saffron scarf around his neck, can be seen walking a surreal path through the sea

Sharing the first look, he wrote, “This Deepawali, let us endeavor to keep alive the ideals of Ram in the consciousness of all Bharatiyas by building a bridge (setu) that will connect generations to come. Taking this mammoth task ahead, here is our humble attempt â€“ RAM SETU ! Wishing you & yours a very Happy Deepawali!”

The poster also carries the caption with Ram Setu, “Myth or Reality?” The film will be directed by Abhishek Sharma and produced by Aruna Bhatia and Vikram Malhotra.