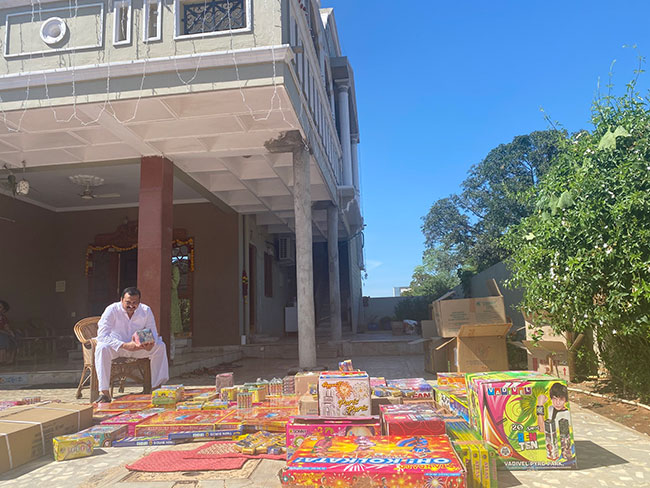 Bandla Ganesh is known for his controversial statements and tweets. The actor-produced with his over-enthusiasm has several times became a meme material. Now, this 47-year-old actor is in the news yet again for another viral tweet. This time, Bandla hasn’t said or did anything wrong, but he caught everyone’s attention with his Diwali wishes.

Sharing a picture of himself on Twitter, Bandla Ganesh wished his fans on the occasion of Diwali. In the photo, we can see a lot of crackers placed in front of the actor and he holds one box of crackers in the hand.

Netizens, who saw Bandla’s post, has commented asking him whether Bandla Ganesh have opened a crackers shop. Some even asked him for the address to buy the fireworks. Some other reminded him about the pollution due to crackers.