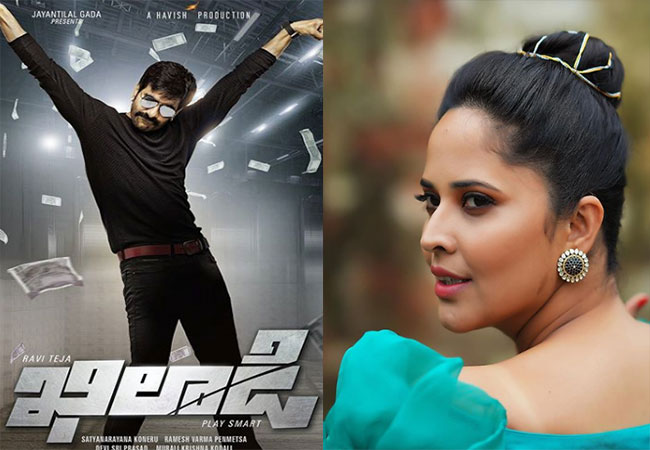 Mass Maharaja Ravi Teja’s much-awaited film Khiladi has been in the news for many reasons. To be directed by Ramesh Varma, the film is produced by Satyanarayana Koneru under the banner Pen Studios in association with A Studios.

Recently, the makers revealed that newcomers Meenakshi Chaudhary and Dimple Hayati will be featured in female leads. And now, if reports are to be believed, the makers have roped in Anasuya Bharadwaj for a pivotal role in the film.

As per the reports, her role in the film is said to be very crucial and has a lot of importance and scope for performance. The anchor-turned-actress star will play a middle-class Brahmin girl, Chandrakala, in the action thriller.

As per reports, Anasuya’s looks, expressions and body language perfectly complement the character that the director has designed. Anasuya agreed to work on this as she was quite impressed with the character. More details are awaited.