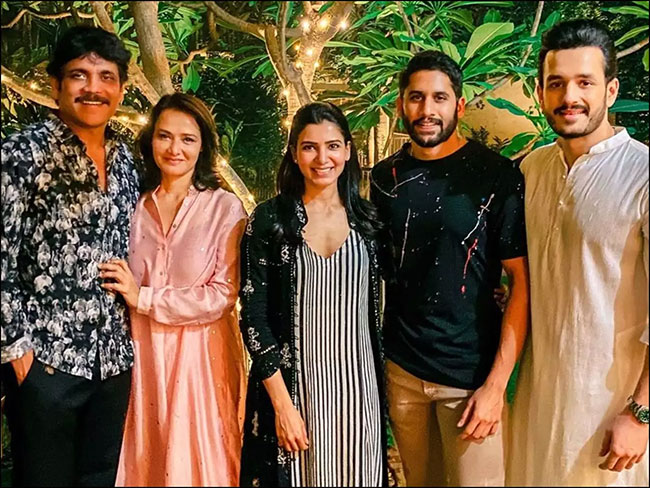 Multi-starrer has become a common trend in Tollywood from the past few years. ‘Manam’ was one of the most memorable films which had three generations of heroes from Akkineni heroes coming together. Directed by Vikram Kumar, it was the last film of legendary ANR and it was a precious film to the Akkineni family.

Talk in the Filmnagar is that there is another big Akkineni reunion that is going to happen. Actor-director Rahul Ravindran who won a lot of praise for his directorial debut ‘Chi La Sow’ delivered a disaster second film with Nagarjuna in the form of ‘Manmadhudu 2’. Nonetheless, he is rumoured to be preparing a script that will feature the entire Akkineni family.

According to the gossipmongers, Nagarjuna, Akhil, Naga Chaitanya, Samantha, Sumanth, Sushant and Supriya will be seen acting together in a film under the direction of Rahul Ravindran. While these are mere rumours, Rahul and his wife Chinmayee’s close relation with Akkineni family is making people wonder if this becomes a reality. Let us wait and see if this rumour becomes a reality or not.