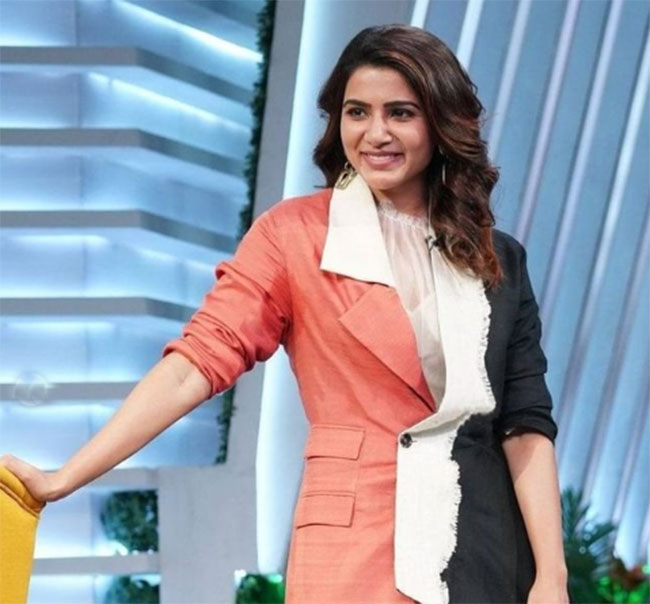 A lot of our stars who are confined to big screens are slowly occupying the small screens too. NTR and Nani hosted the first two seasons of Bigg Boss while Nagarjuna is currently hosting Bigg Boss and he also used to be host of ‘Meelo Evaru Koteeswarudu’. Even Megastar Chiranjeevi hosted for a brief period before focusing solely on films.

Nagarjuna can be stated as the most experienced host among the movie stars and has the ability to handle the shows in a cool manner. He has his own style and successfully managed to host two of the biggest jobs. He did not have competition from film stars till now but some say that he may face the challenge from his own daughter-in-law.

Samantha Akkineni is hosting a talk show called ‘Sam Jam’ which is streamed on ‘Aha’. It was recently launched and Vijay Devarakonda was its first guest. For the second episode, Sam pulled a big shocker by inviting Megastar Chiranjeevi himself. While Sam pulled off the first episode in an entertaining manner, we need to see how she hosts a legend like Chiranjeevi. Sam recently acted as a guest host to Bigg Boss during Nag’s absence and did a decent job. If her online talk show becomes successful, we may soon see her hosting more and more shows.