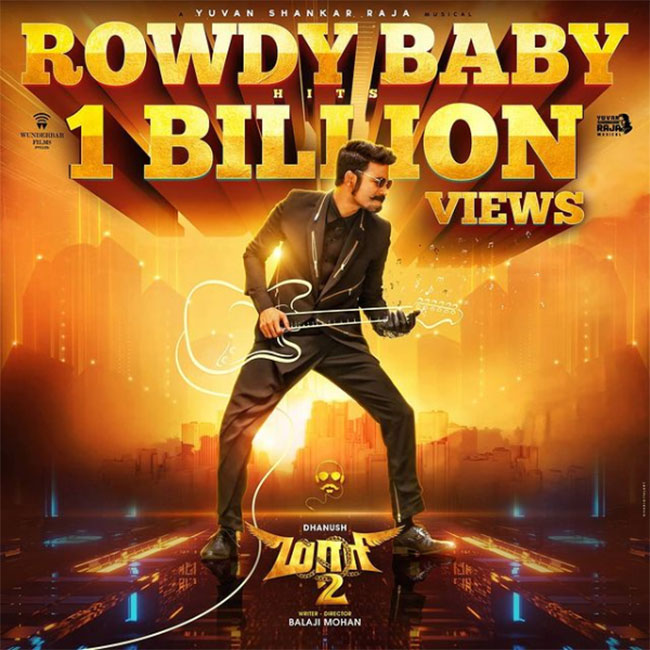 The chartbuster song ‘Rowdy Baby’ which became a regular song at every party and gathering ever since its release has created a huge record of becoming South India’s first video song to get 1 Billion views on Youtube. This song composed by Yuvan Shankar Raja was written and sung by Dhanush. Dhee is the female vocalist while Prabhudeva choreographed it. Sai Pallavi and Dhanush set the screens on fire with their tremendous dancing and expressions.

As the producers of ‘Maari 2’, Wunderbar Films owned by Dhanush released a CDP to celebrate this massive feat. But this CDP is getting a lot of backlash on social media. It had only Dhanush present in the picture and Sai Pallavi is nowhere to be seen. Many people are criticising the production house for not including Sai Pallavi as she is the biggest reason for getting these many moves. Like it or not, her perfect dance moves and expressions are the biggest assets of this song. Also, the team failed to mention the song’s female singer Dhee in the credits list which is creating more trouble.

Many feminists are calling it example of oppression of women in the film industry. We need to wait and see what will be the response of Dhanush and his production team.