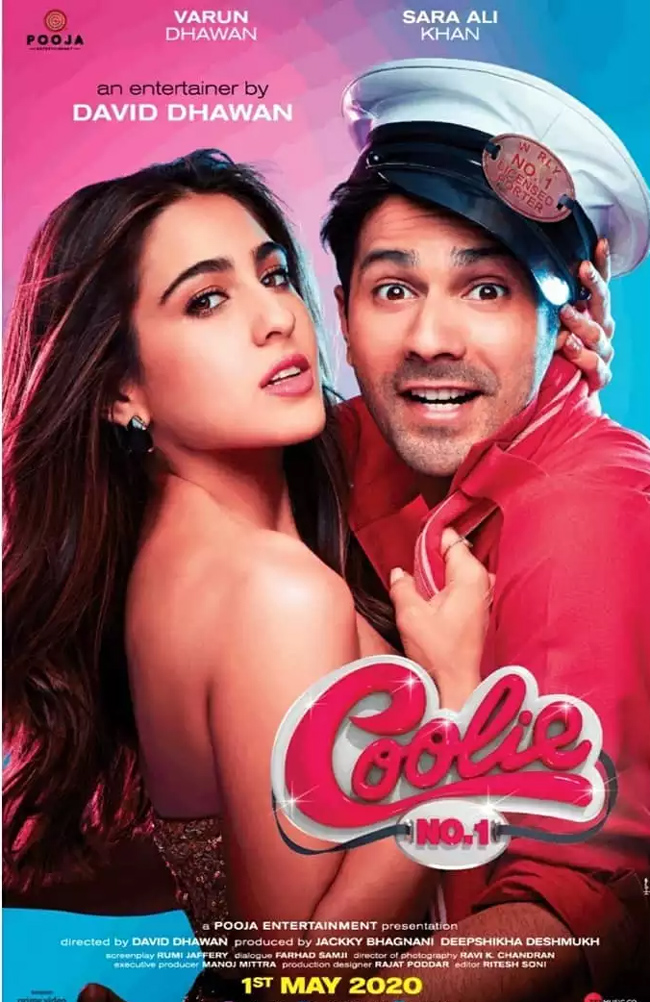 Due to the ongoing pandemic, many Bollywood biggies have opted digital release as releasing movies on theatres is not going to be a reality anytime soon.

A lot of Bollywood films like Gulabo Sitabo, Shakuntala Devi, etc have taken the digital route and many other films like Laxmmi Bomb, Bhuj, etc are all set to premiere soon.

According to the latest reports, one more big films is heading towards OTT release. The leaders of a top OTT platform have approached the makers of Coolie No.1, which stars Varun Dhawan and Sara Ali Khan in the lead role, with a massive package to release their film digitally. However, the makers are yet to take a final call over releasing the film online.