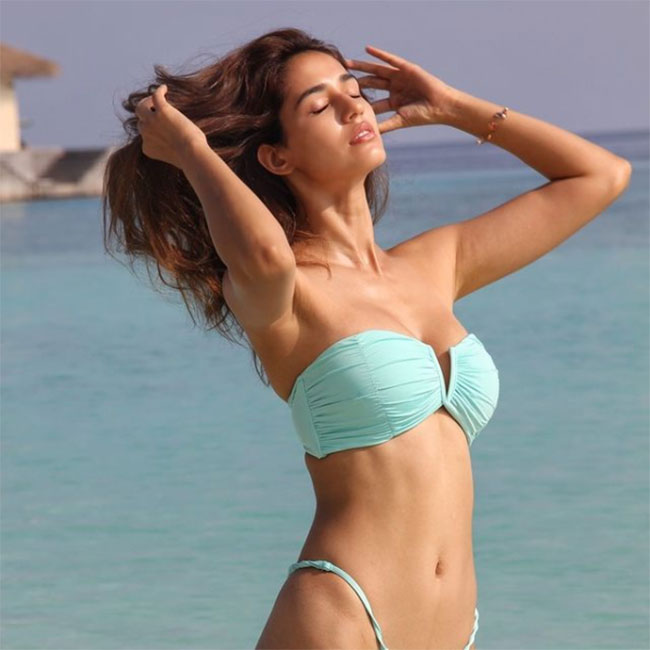 Sultry siren Disha Patani entered the film industry with Puri Jagannadh’s ‘Loafer’ but settled down in Mumbai as she got a lot of craze after ‘MS Dhoni-The Untold Story’. Disha impressed everyone with her infectious smile and cue looks thereby becoming the national crush. She made the best use of the craze by grabbing big endorsement deals.

She started dating Tiger Shroff which made her the talk of the town. Her extremely hot Calvin-Klein innerwear promotions through her social media accounts became a sensation. Disha gave sleepless nights to many youngsters with her sensuous poses in skimpy outfits. She even sizzled in a couple of special songs in films where she provided a huge glamour feast.

Even in ‘Malang’ where she was the heroine, Disha scorched up the heat in bikinis and intimate scenes and people weren’t talking about her acting. She became a crazy heroine in Hindi due to her cuteness and acting but she decided to elevate the glamour angle inside her more than anything.

While it worked out in the beginning but she is not getting any full-length heroine roles these days. She is getting confined to item songs and small roles where all she needs is to appear in as few clothes as possible. Hope she tries to come out of this image soon enough.