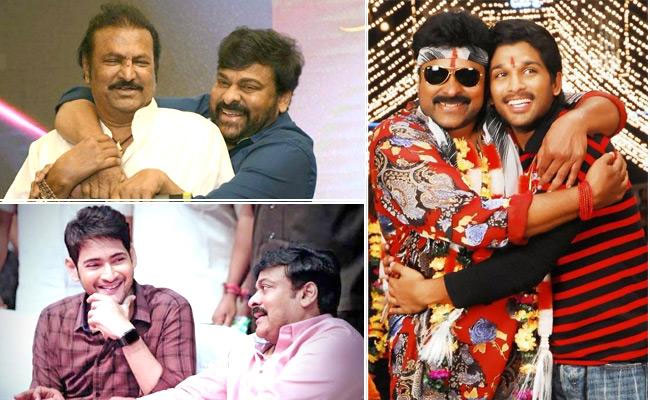 The who’s who of Tollywood and also Indian Cinema are wishing megastar of Tollywood Chiranjeevi as he is celebrating his 65th birthday today ( August 22,1955). The action star like all the other stars requested all his fans to not indulge in any kind of mass celebrations amid the crisis hours.

Superstar Mahesh Babu said in a tweet that Chiranjeevi stands as an inspiration to him and many. Ravi Teja also wished the megastar saying he is his Inspiration. Stylishstar Bunny and all the other mega heroes who are surviving film career under the megastar umbrella have wished the megastar and showed their gratefulnrss for him.

It is evident that the fans of the actor trended his birthday big on Twitter from the last night (August 21) with #HBDMegastarChiranjeevi and showered heaps and praises for this actor’s journey. They have literally written the filmography of this talented actor on their time lines that has surprised the movie lovers.

Many of the film celebs wished a happy birthday to the maverick actor of Tollywood who has turned as the care of address for Telugu Cinema for almost 4 decades is impossible for any star today. His last release Sye Raa made him familiar to the Indian Cinema yet again! At this age trying for image makeover and standing by historic subject itself tells how he values content!