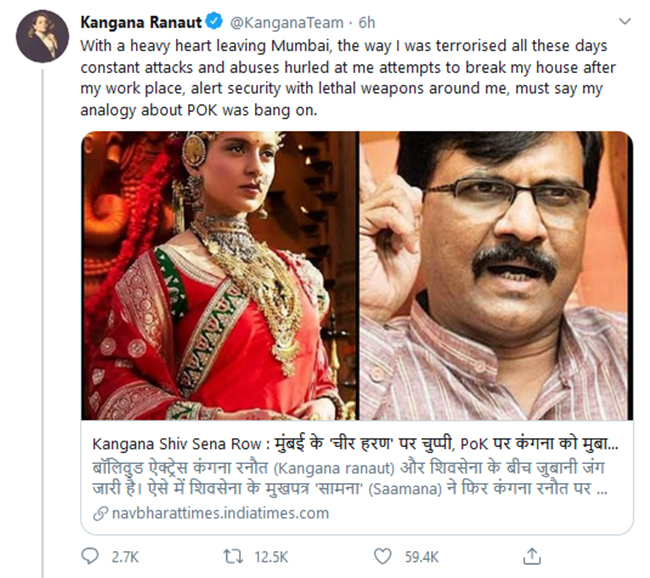 Now this national award winner has tweeted saying that she is leaving Mumbai with a heavy heart. She said that she stands by her words citing Mumbai as POK and they turn true after hurling huge remarks and demolishing my home the actress said.

Soon after she tweeted the harsh reality, the Brihan Mumbai Corporation harassed Kangana and they have demolished few poriltions of her Pali Hills Office.

Earlier the Home Minister of Maharashtra, Anil Deshmukh said that Mumbai Police would arrest Kangana any time soon and a drug test will be taken on her as per the complaints registered by two Shiv Sena MLAs Home Minister concluded.