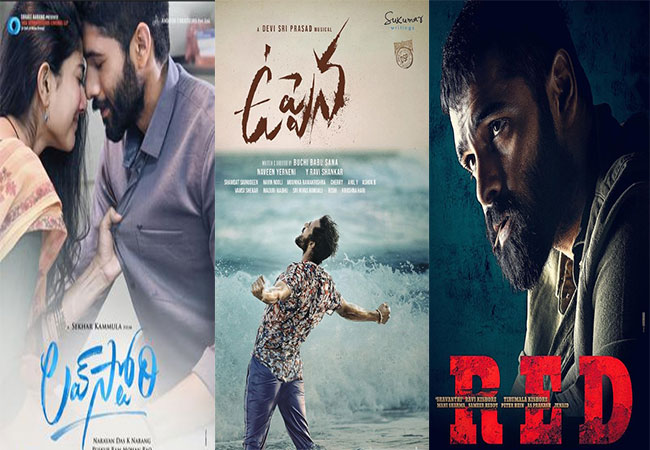 With the government giving permission to reopen the theatres from 15th October, a new energy has been pumped into the film industry. The shootings are getting restarted on full throttle and the makers along with distributors are brainstorming on how to do business despite 50% theatre occupancy.

There is a big list of films that are getting ready for theatrical release across South India in the next couple of months. In Telugu, we have crazy films like Ram Pothineni’s ‘RED’ and Vaisshnav Tej’s rural drama ‘Uppena’ which were ready even before the lockdown are going to be the first ones to hit the marquee. Sekhar Kammula’s ‘Love Story’ starring Naga Chaitanya and Sai Pallavi is in the last leg of shooting and may release by the end of this year.

In Tamil, we have Ilayathalapaty Vijay’s ‘Master’ and Dhanush’s ‘Jagame Thandiram’ which are gearing up to entertain the audience in theatres. Coming to Malayalam, Mommootty’s ‘Kadakkal Chandran’ is one of the big films that will be screened. Several other projects are also getting ready for release. The film industries are getting their hopes up. Let us see how the reception of the audience is going to be.