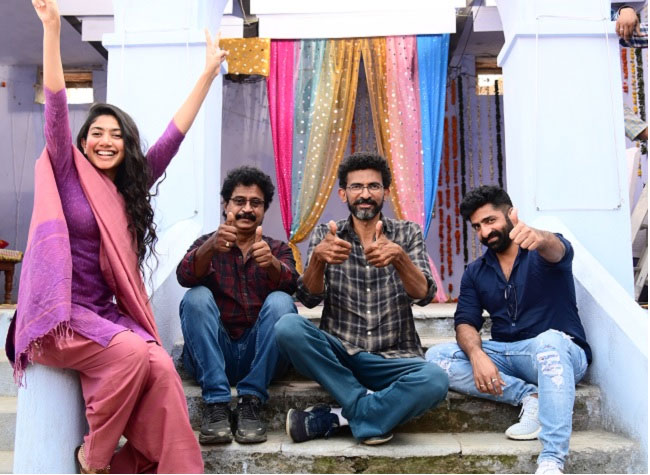 After a super hit ‘Fidaa’, Sekhar Kammula and Sai Pallavi came together for ‘Love Story’. Naga Chaitanya is the male lead in this romantic film and the teaser and first song which released a while ago got a good response from the audience. People were eager to watch this film but the lockdown delayed the proceedings.

As soon as the permits were given, Sekhar Kammula restarted the shooting. The entire team involving Naga Chaitanya and Sai Pallavi participated in the shoot and worked non-stop. Finally, the shooting came to an end as the team called it a wrap up after a song picturization.

The makers released a picture which had Sai Pallavi looking enthusiastic while director Sekhar Kammula and choreographer Sekhar master along with another person were in the frame with their thumbs up which indicates that the filming has been completed.

Chaitanya and Sai Pallavi will be seen as middle-class people who fall in love with each other. The post-production work will begin shortly and the makers will plan the film’s release after the entire work is done.