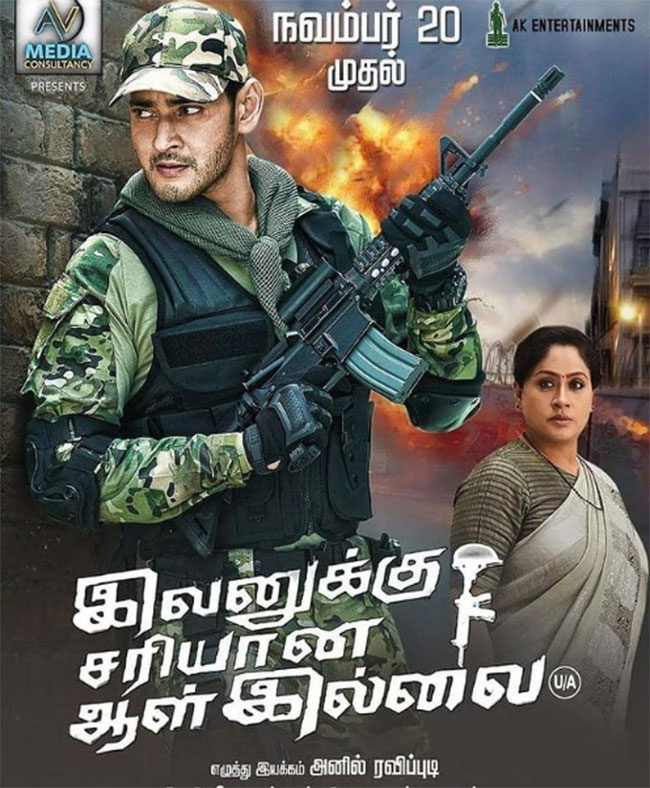 Superstar Mahesh Babu’s “Sarileru Neekevvaru”, which was released for Sankranthi this year, has ended up as biggest grosser for Mahesh Babu. Directed by Anil Ravipudi, the film garnered huge praise from the audiences and critics alike.

It was already reported that Sarileru Neekevvaru will be releasing in Tamil Nadu as soon as the theatres get reopen. The Tamil version of the film has been titled Ivanukku Sariyana Aalillai.

The latest update is that Ivanukku Sariyana Aalillai got a release date that the film will be hitting the screens on Friday (November 20). This is definitely a piece of exciting news for all the Superstar fans in Tamil Nadu.

The film also features Vijayashanti, Prakash Raj and Rajendra Prasad in prominent roles. Undoubtedly, the Mahesh Babu starrer was loved for its immersive screenplay and gripping storyline. The music was composed by Devi Sri Prasad.