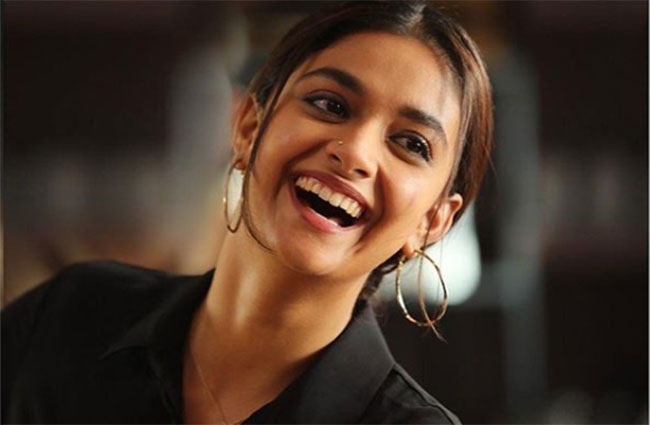 Superstar Mahesh Babu’s upcoming film ‘Sarkaru Vaari Paata’ written and directed by Parasuram is one of the most anticipated films in Tollywood. The shooting is yet to begin but the hype is already massive over this movie. While Mahesh will be seen in a new look and energetic role, everyone was curious to find out about the lucky lady to bag the heroine’s role in this movie.

While many news including Kiara Advani popped up, it was national award-winning actress Keerthy Suresh who got the role. Her name was attached to this film from a very long time but the team of ‘Sarkaru Vaari Paata’ made it official today.

On the occasion of Keerthy’s birthday, Mahesh Babu took to Twitter and wrote, â€œHere’s wishing the super talented @KeerthyOfficial a very happy birthday!! Team #SarkaruVaariPaata welcomes you aboard!! Will make sure it’s one of your most memorable films. Have a great one !!.â€

This is surely a big film for Keerthy Suresh since she will be teaming up with Mahesh in this flick. Hope she gets a good role, unlike the regular glamour roles heroines, get in star hero films.