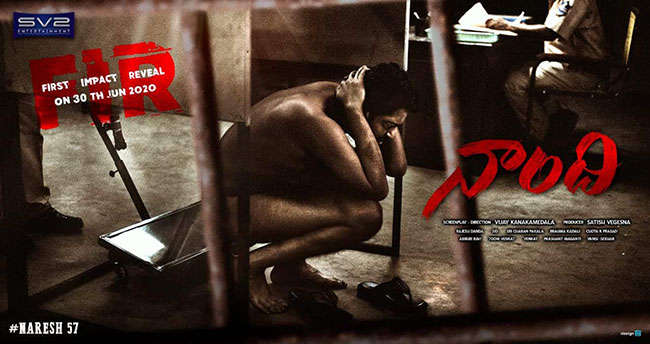 Tollywood hero Allari Naresh, who is quite famous for his comedy films, has proved his acting mettle time and time again by doing varied roles in films like Praanam, Nenu, Vishaka Express, Gamyam, Shambo Shiva Shambo, and more recently Maharshi. This time, the actor is ready to show off his versatility in his upcoming film Naandhi.

Naresh plays the role of a prisoner in the film. 80% of the shooting was completed before the lockdown. The film was recently shot for three days at an aluminium factory in Hyderabad. But the shoot was suddenly stopped for reasons unknown. With this, rumours were rife that movie got contracted virus. But now the film unit has denied them. They made it clear that heavy rains had halted their shoot and will be resumed soon.

Debutant Vijay Kanakamedala will be directing the film that will be produced by Satish Vegesna.