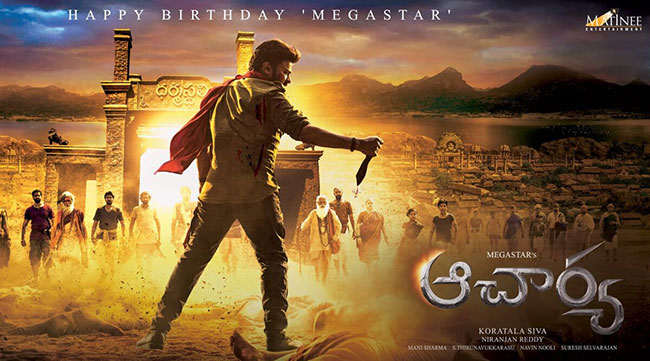 Megastar Chiranjeevi’s prestigious project ‘Acharya’ directed by Koratala Siva has been in the making from a very long time. The first look and motion poster were released recently and they got a lukewarm response. The film looks like serious social drama and fans are worried about it.

From the moment go, this movie is reportedly carried a lot of negative vibe as per fans. Koratala Siva who usually takes not more than an year for a project has been working on ‘Acharya’ from the past three years. The star director focuses on one project at a time but this time, he announced his next film with Allu Arjun despite ‘Acharya’ still being in the production. Fans are citing the similarities between ‘Anji’ and ‘Acharya’ as both deal with god.

There were rumours that a lot of corrections were made in script due to regular suggestion from Chiranjeevi and Ram Charan. Koratala is reportedly unhappy about this. The shooting was postponed due to Corona from the past few months, the overflow in budget and the plagiarism complaints on the movie are all giving a negative vibe over this film. If this film succeeds, everything goes away.