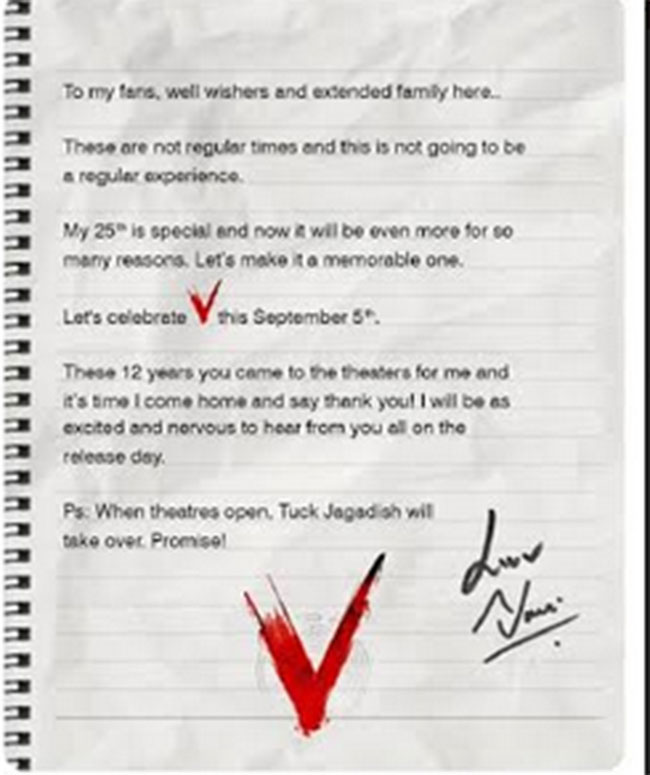 The news of Nani’s ‘V’ releasing digitally has been on the news a lot lately and Natural star said that there would be a big announcement coming soon yesterday. The news is out now and the action-thriller is releasing on Amazon Prime Video on September 5th.

Nani took to twitter and posted a note which says that this 25th film is special and it will be even more now for so many reasons. He hoped to make it a memorable one. He said that the audience came to watch him from the past 12 years and he is coming to them this time. He concluded saying that ‘Tuck Jagadish’ will take over when theatres open.

‘V’ starring Nani, Sudheer Babu, Nivetha Thomas and Aditi Rao Hydari is directed by Mohan Krishna Indraganti and produced by Dil Raju. The film was supposed to release in March but it will be having an online release on Amazon Prime now. Nani will be seen in a negative role in his landmark 25th film. This is a big announcement as the result of ‘V’ will determine the decision of many other filmmakers.