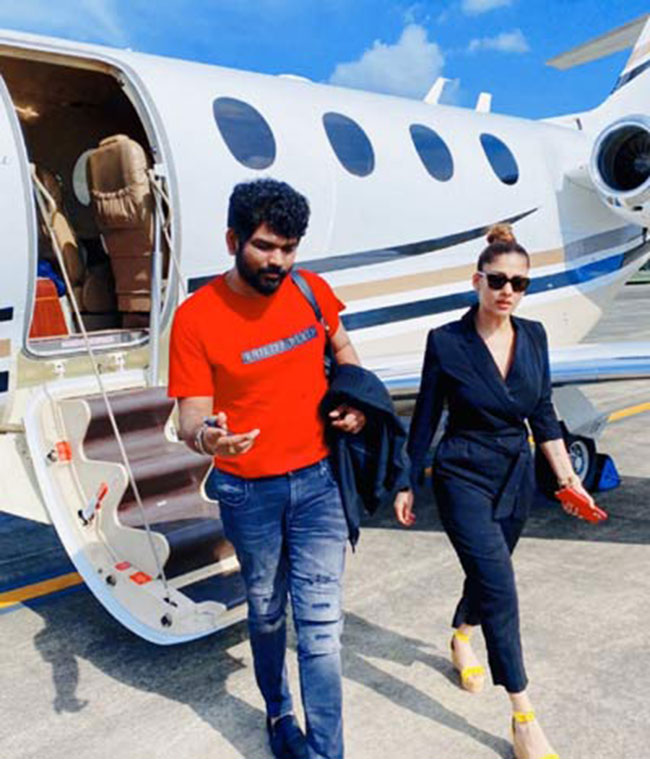 Lady superstar Nayanthara and her boyfriend Vignesh Shivan have been in the relationship from the past five years and both their families are happy with it. This star couple was recently spotted in the airport of Kochi. They reportedly booked a special chartered flight from Chennai and landed in Kochi.

As we know, Nayan is a Keralite and Onam is their biggest and most significant festival. Nayan and Vignesh flew to Kochi in order to celebrate Onam with the ‘Yogi’ actress’s family. Nayan looks absolutely stylish in the formal black dress with a head bun and cooling glasses while Vignesh too looked classy in the jeans and orange T-shirt.

They fell in love during the time of ‘Naanum Rowdy Dhaan’ where Nayan played the lead and Vignesh was the director. This star couple is making a movie together once again which also features Vijay Setupathi and Samantha too.