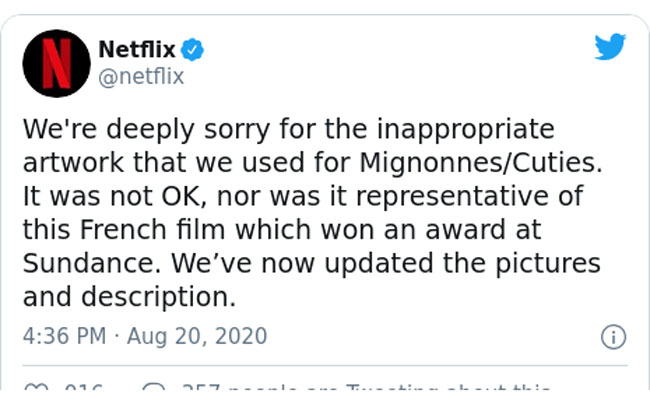 Leading OTT giant Netflix had recently released a poster for the French film Cuties(Mignonnes). However, the poster has sparked mass outrage as it showed a group of five teenage girls in poses that many felt were sexualised and suggestive.

Thousands of people accused the online streaming platform of showing teenage girls sexually. Some even launched a petition demanding the ban of the award-winning film.

A petition against the movie release has amassed 30,000 signatures. Responding to the criticism, Netflix responded to the controversy and apologised.

“We’re deeply sorry for the inappropriate artwork that we used for Mignonnes/Cuties. It was not OK, nor was it representative of this French film which won an award at Sundance. We’ve now updated the pictures and description,” tweeted official Netflix handle.