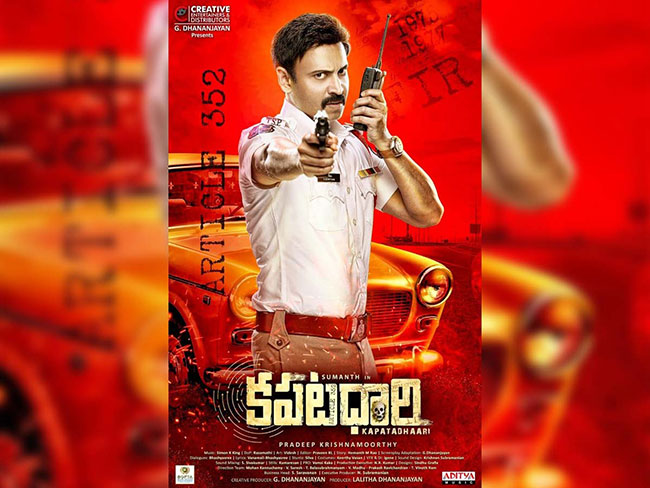 At a time when digital shows and movies are doing heavy publicity in order to gain views, hero Sumanth who hails from Akkineni family is not focusing on his upcoming film ‘Kapatadhaari’. The first look of this film was released on 24th August by Naga Chaitanya but not many know about this which explains a lot.

Insiders say that Sumanth is not showing enough interest in the promotions part of the film. He is not that active on social media too which doesn’t help his movies. Apart from a few Akkineni fans, many people don’t know about this film. News is that there is negative feedback coming towards the film’s title ‘Kapatadhari’.

Many are saying that it sounds like a dubbing film’s name. People are reportedly commenting that the title is working in favor of the film and the lack of enough promotions are also going to be a disadvantage.

Let us wait and see how ‘Kapatadhari’ fares at the box-office and how Sumanth ups his game to compete with his counterparts.