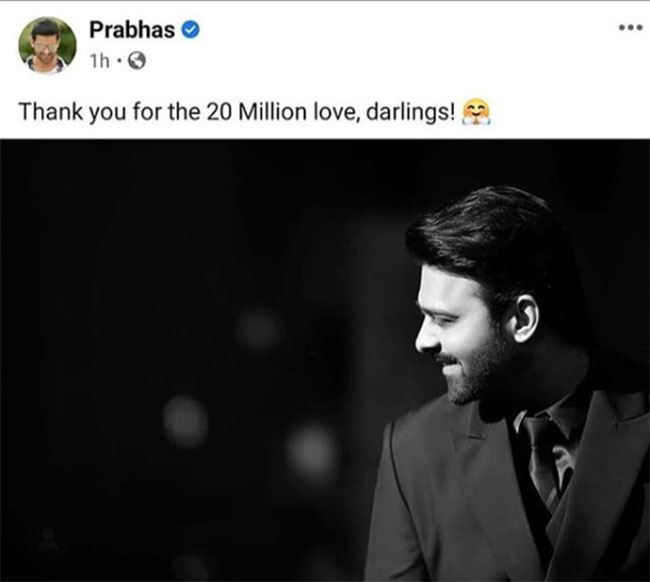 Prabhas is one of the most sought after actors across the country. Post the global success of Baahubali franchise, the 40-year-old actor turned into a sensation and since then, even a mere still of the Rebel star has been hogging the limelight on internet.

With each passing day, Prabhas won the hearts of the movie lovers with his dashing looks and strong acting skills. Three months ago, the Baahubali star emerged as the first South Indian actor to bag 15 million followers on Facebook.

On this note, Prabhas thanked the fans. He wrote on his Facebook page as, “Thank you for the 20 Million love, darlings!”

On the work front, Prabhas will be next seen in Radhe Shyam under Radha Krishna Kumar’s direction. The film has Pooja Hegde as the female lead.