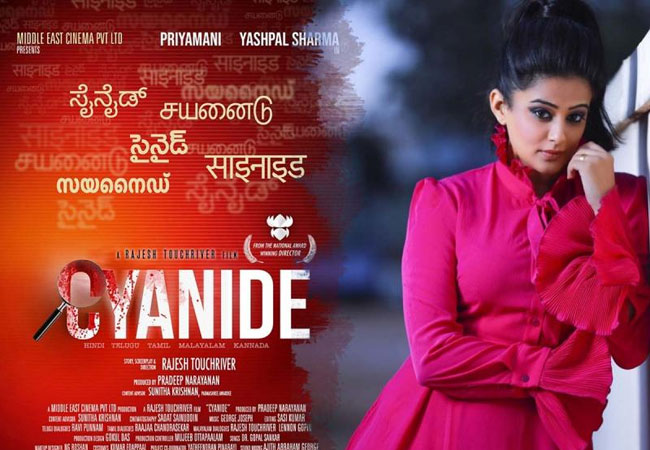 The Tollywood’s veteran beauty Priyamani is on a roll in the south Indian films yet again. The actress is acting in a Telugu film titled ‘Virata Parvam’ and also a Pan India film titled ‘Cyanide’.

The film ‘ Cyanide’ is said to be based on a real life serial killer named Mohan who killed 20 women by giving Cyanide pills after marrying them.

On the other side, ‘Virata Parvam’ still has just 8 days of shoot and it would release later this year said Suresh Babu in a recent interview. Priyamani plays the role of Swarnakka, an ex-naxalite.