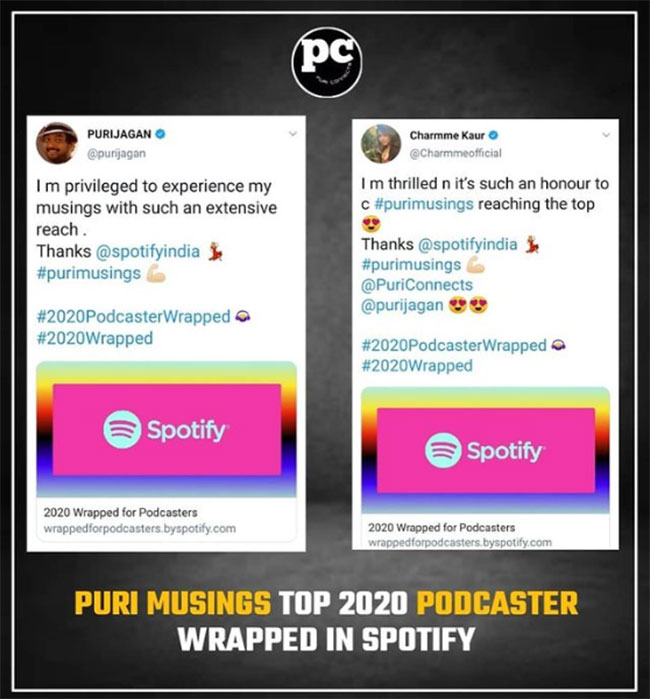 While many directors took rest from their regular hectic schedules during the lockdown, dashing director Puri Jagannadh hates sitting idle. So, he started a podcast of his own which can be streamed on Spotify. Over the course of the last nine months, Puri released around 152 episodes where he spoke on various issues and gave the listeners a piece of his mind.

Now, Puri Musings is one of the top #2020PodasterWrapped in Spotify India. It is being streamed in 65 countries and topped the charts in three countries for 104 days. Over 68,193 people listened to Puri’s podcasts which is more than any others. This shows the craze Puri has among the youth and how interested they are in listening to his way of thinking.

On the work front, Puri Jagannadh is currently working on Telugu-Hindi bilingual with Vijay Devarakonda titled ‘Fighter’. Karan Johar is presenting this flick while Ananya is selected as the female lead. The film is expected to be a stylish action flick that will hit the screens next year.