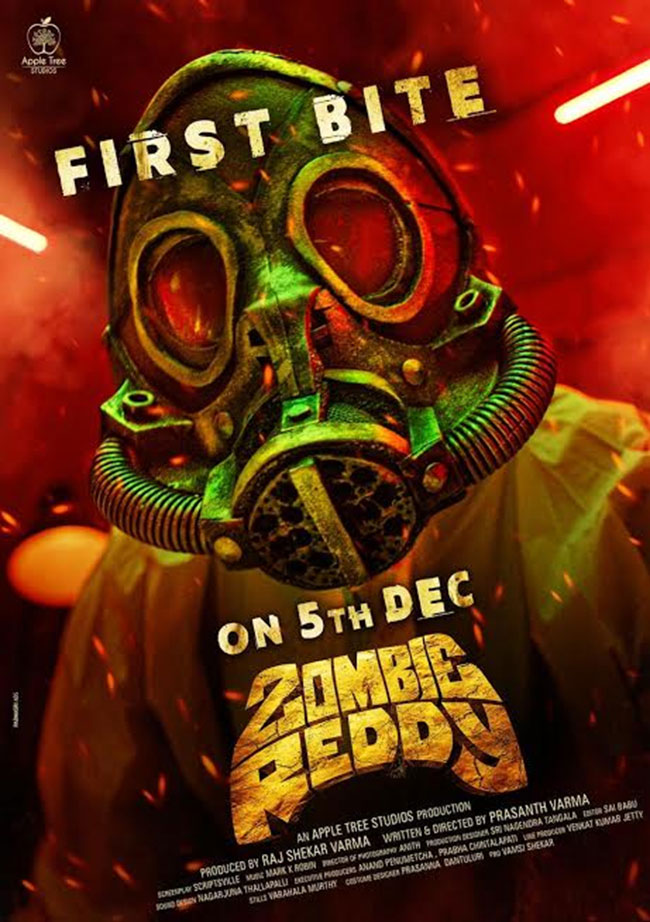 ‘Awe!’ fame Prasanth Varma is coming up with a completely new genre this time. He is making a zombie thriller titled ‘Zombie Reddy’ which is creating decent buzz with its gory posters. Now, the team announced that the ‘First Bite’ of the film will be coming out on 5th December.

As we know, zombies are popular in western films but a rarely touched concept in India and especially in Telugu. Now, Prasanth Varma is coming up with ‘Zombie Reddy’ which generated good hype around it and we need to see what he shows us in the ‘First Bite’.

Made under Apple Tree Studies banner, ‘Zombie Reddy’ is produced by Raj Shekar Varma. The announcement poster has a man completely covered in a suit with a big scary mask on which is used in chemical labs. The release date of this film is yet to be announced.