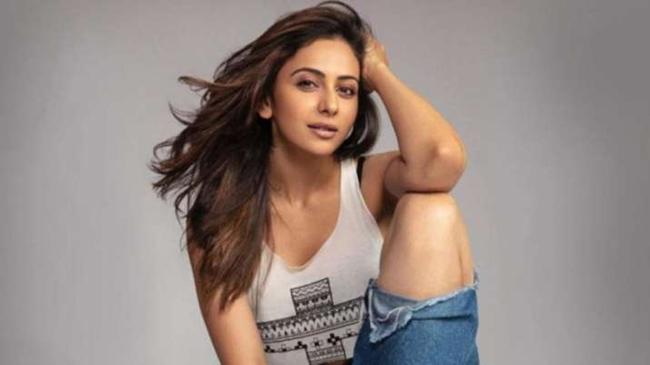 Rakul Preet Singh is one of the talented and most loved actresses of her generation. Having made her debut with a Kannada film ‘Gilli’ in 2009, she emerged as a big star in India.

In her film career over a decade, the Dhruva actress has featured in Telugu, Tamil, Kannada and Hindi languages and bagged a lot of fan following for her sultry looks and strong acting skills.

Now, the 30-year-old actress is all set to star in Ajay Devgn and Amitabh Bachchan for upcoming drama ‘Mayday’. Sharing her excitement about joining the cast, Rakul said in a statement, “I have worked with Ajay sir in the past and extremely thrilled to be working with him yet again as his co-pilot in a film where he is not just my co-star but director too.”

She further added, “When I decided to be an actor like all the other aspiring actors I had a dream to work with Mr Bachchan and I am so glad that with this film my dream to share screen space with him will come true.”

Rakul Preet was last seen in Bollywood movie ‘Shimla Mirch’ opposite Rajkummar Rao. On the other hand, she will also be seen in ‘Attack’ and ‘Thank God’.