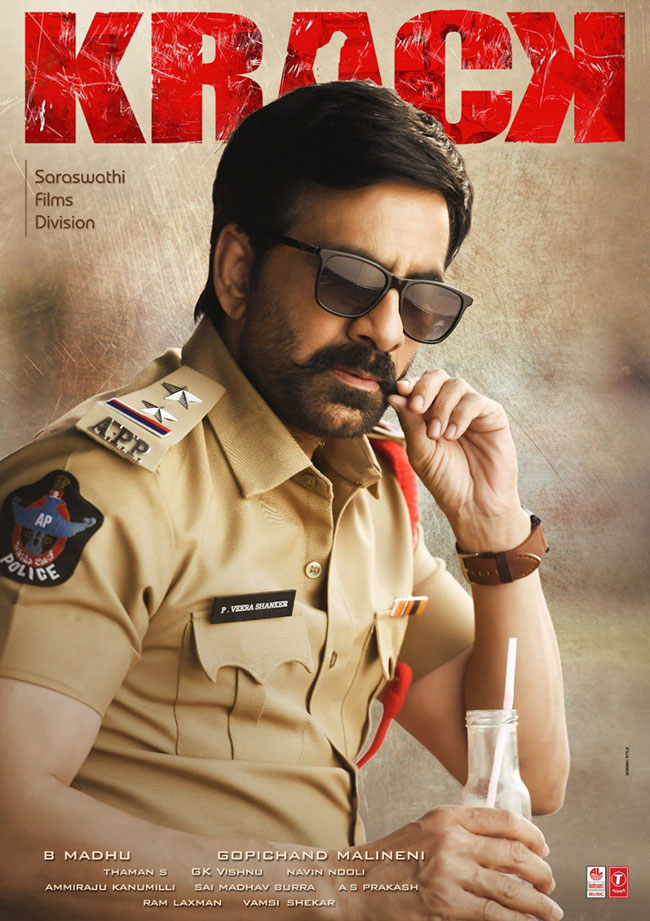 Mass Maharaja Ravi Teja has scored his last hit with ‘Raja The Great.’ Since then all his films have ended up as flops. His last film Disco Raja has ended in loss and it collapsed his market. Ravi Teja is better known for his mass films. While his career is in the downfall, the ace actor had got a breakthrough with “Balupu” with director Gopichand Malineni. Now, again the duo has joined hands for an intense cop drama, Krack.

This time, Ravi Teja is very confident to score a solid hit with the film. As he is super confident of the hit, he even resisted going for a digital release instead of waiting for a long time to release the film of the big screens.

The poster released from Krack had received a super response from the fans and they also have huge expectations of the Gopichand Malineni directorial.

Krack is bankrolled by B Madhu under the banner Saraswathi Films Division. It features Ravi Teja, Shruti Haasan, Varalaxmi Sarathkumar, Samuthirakani. S Thaman has scored the music while GK Vishnu has handled the camera.