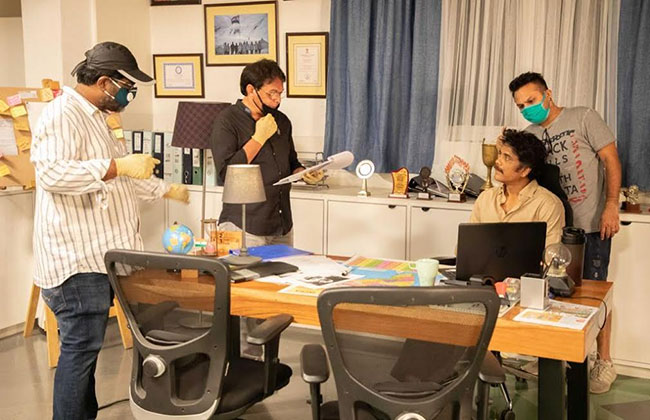 A few days back, the team of ‘Solo Brathuke So Better’ resumed their shooting and now it’s the turn of King Nagarjuna to step back into the sets after a gap of six months. His upcoming film ‘Wild Dog’ produced by Matinee Entertainments has begun once again.

The makers released an official video where we see all the crew members fully covered in masks and a lot of safety measures taken in order to prevent any spread of the virus. Nagarjuna is seen arriving onto the sets and going through all the safety protocols before getting his makeup done. The filmmakers proudly announced with the ‘Lights. Camera. Action.’

‘Wild Dog’ is a complete action movie with unnecessary commercial elements. Saiyami Kher will be seen playing a crucial role in this film. With Nagarjuna himself getting back to sets, we can expect the younger star hero to start shootings once again.