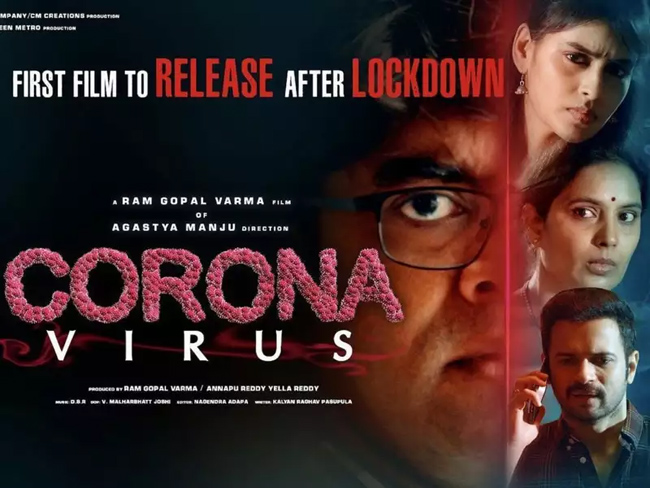 Ram Gopal Varma is one of the most popular yet controversial filmmakers in Tollywood today. He has carved a niche for himself by making films on real-life issues and never hesitating to call a spade a spade. He surprised everyone with his film on the coronavirus pandemic. Titled ‘Coronavirus’, the film was shot entirely during the lockdown.

Touted as an RGV movie directed by Agasthya Manju, the movie depicts the story of a family which is confined inside a house as the pandemic spreads around them.

Now, the ace director has revealed that his film will be the first to release after lockdown. His announcement came days after the Telangana government allowed to reopen the theatres in the state.

Taking to Twitter, RGV wrote, “FIRST film to release after Lockdown ends is CORONAVIRUS on December 11th ..It is REAL LIFE HORROR FILM.”

Besides this, RGV has lined some controversial films like ‘Disha Encounter’, ‘RGV Missing’, and ‘Murder’.