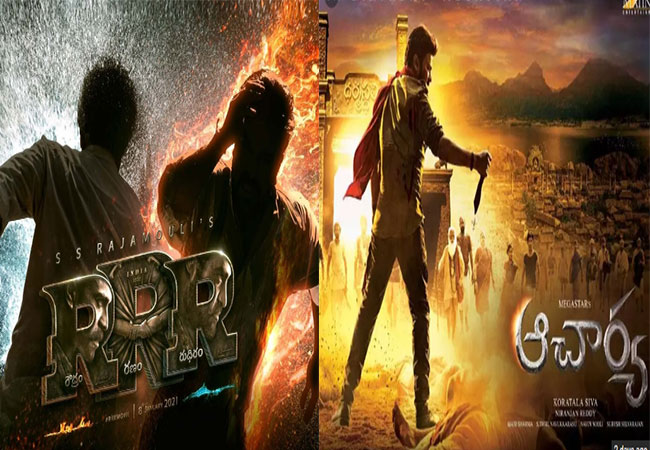 ‘RRR’ and ‘Acharya’ are two most anticipated films in Tollywood right now. People are eagerly waiting for the moment these two films get back to floors. Rajamouli already made it clear that ‘RRR’ will not go on floors anytime soon as the doctors and the governments suggested. It looks like Koratala Siva is also taking Rajamouli’s route.

Sources say that team ‘Acharya’ cannot make the film within the government rules. They are reportedly saying that the film cannot be shot with 30-40 members as they at least need 150 members. A lot of care needs to be taken and distance should be maintained between each crew member. This is the main reason why the team decided not to go on shooting unless the faith is restored.

On the whole, both ‘RRR’ and ‘Acharya’ will not be starting anytime soon and may take another two months to start rolling again.