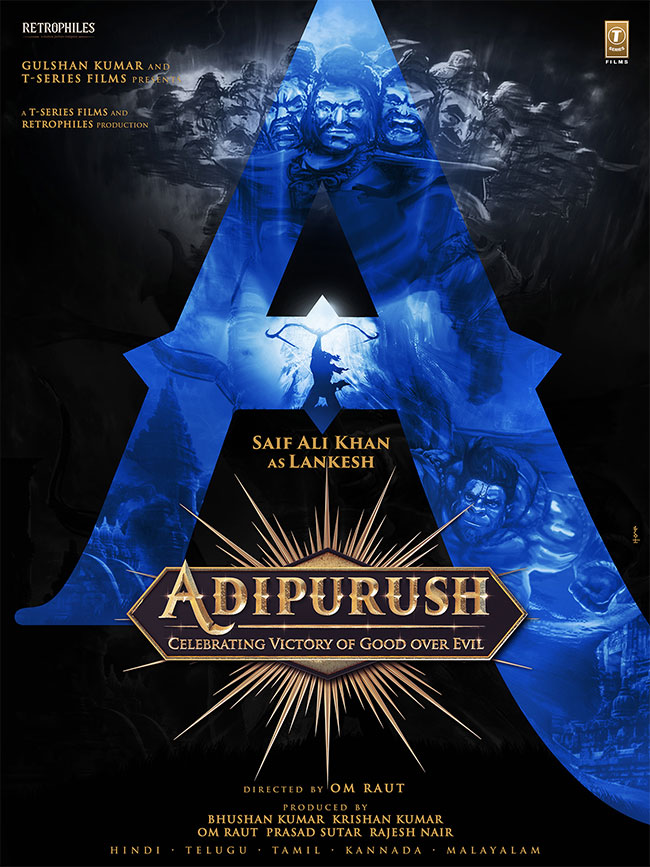 Ever since the announcement, there is a lot of hype surrounding ‘Aadipurush’. Prabhas will be seen as lord Ram in this movie and ‘Tanhaji’ fame Om Raut is directing this film. Produced by T-Series, this film will be made with a huge budget and the shooting will commence once Prabhas wraps up ‘Radhe Shyam’.

In the meanwhile, the team of ‘Aadipurush’ announced that Bollywood’s star hero Saif Ali Khan has been roped in to play the role of the antagonist in this flick. The ‘Sacred Games’ actor will be seen essaying the role of ‘Lankesh’ in this gigantic film. Interestingly, Saif played the villain role in Om Raut’s previous blockbuster ‘Tanhaji’. Now, Saif became a part of ‘Aadipurush’ too.

Saif Ali Khan is definitely a valuable addition to this project and people are eager to witness the epic battle between Prabhas and Saif. With a caption of ‘Celebrating Victory of Good Over Evil’, the good and the evil are announced now and details about the rest of the cast are expected to come out soon.

The film is going to be released in Hindi, Telugu, Tamil, Kannada and Malayalam. It is expected to hit the big screens during early 2022 or by the end of 2021.