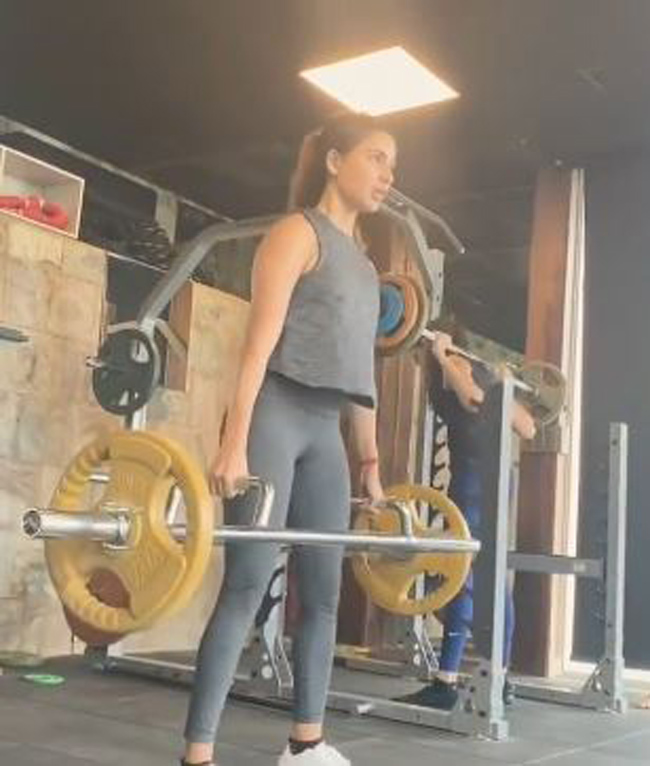 The one leading lady from Tollywood who doesn’t have any boundaries on social media is Samantha Akkineni. She was seen sending couple goals to her fans during the starting days of the crisis hours and has later gained huge popularity with her fitness training pics going viral as memes in social media. Remember the body balance yoga pose she posted!

Her love for fitness is never ending and so many actors and actresses in her circle praise her discipline towards treating the body like that. She has shared the fitness pics and video along with her hubby Chaitanya in which the couple are adorable sharing each other the space to achieve their goal.

Recently the actress has yet again made her statement felt in social media with her fitness savage. In her latest post she was seen lifting 15 Kg weightlifting and did the squats workout which is just a killer stuff that shows her attitude!

On the work front, Samantha is starring in two Tamil films one in Vignesh Shivan’s directorial ‘Kaathu Vaakula Rendu Kadhal’ alongside Nayanthara and Vijay Sethupathi. The other film starring Prasanna, directed by Ashwin Saravanan of ‘Game Over’.