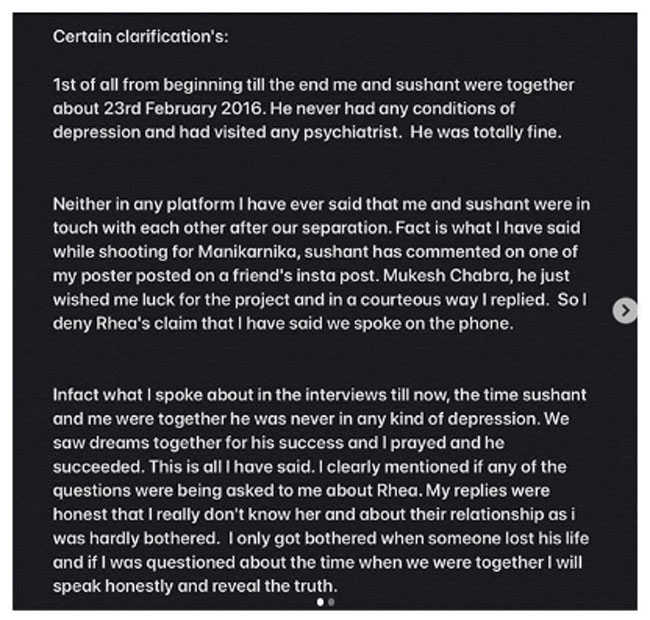 All the allegations media made about Rhea calling her a gold digger seems to fade away and this the truth has provided huge relief for Rhea who was alleged by Sushant’s father that she looted 15 Crores of Sushant’s money!

Now in a recent Interview, Rhea said that Ankita and Sushant continued their relationship post breakup. Furious Ankita said in an Insta post that after 23 feb 2016, Sushant and me never spoke and the last he spoke was just an all the best message from Sushant for her film Manikarnika. During all these years he never showed signs of depression and he was mentally super strong and now I will definitely stand for the parents of Sushant!

Earlier It is evident that Rhea has complained to ED regarding a 4.5 Crore flat owned by Sushant’s ex-girlfriend Ankitha Lokhande. The furious Ankitha has posted the registration document of her flat and the statements highlighting Monthly instalments from her bank account. Moreover she said ED and CBI knows the way to deliver justice to Sushant’s family.