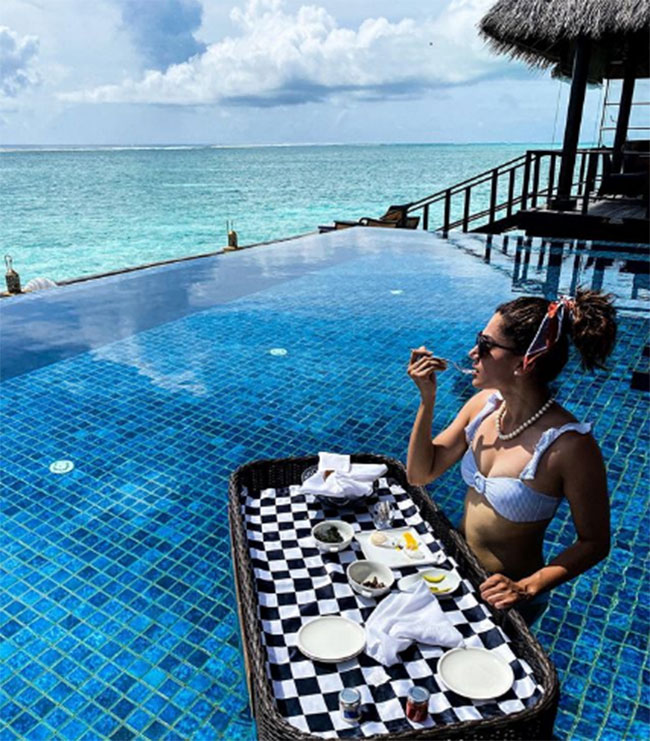 Taapsee Pannu, the most sought after actress these days is leaving no stone unturned to be in touch with her fans. Her last release ‘Thappad’ won critical acclaim and decent figures at the Box Office. She is one actress who suits the leading lady stories or simply saying ‘female driven’ stories in Bollywood.

Recently news broke about Taapsee saying despite the crisis the actress is training hard for her role in the upcoming film ‘Rashmi Rocket’. The film revolves around an Athlete- A sprint star who wins big in the game despite hailing from a rural area like Kutch in Gujarat.

Taapsee was seen using the crisis time to get in shape and build strength for the role and thus appointed four trainers- one for athletics, one for muscles, one for strength and other one is a nutritionist.

On the latest, Taapsee has shared a post on her Instagram page. In the pic she can be seen enjoying an egg meal even in the vacation in Maldives. Taapsee said that even in this strict diet she keeps going on and thanked her nutritionist!

Taapsee is now busy with the resumed shoot of a Tamil film and later very soon she gets busy with other 5 films that are all scheduled to hit the screens in 2021.If these films work big she would be the queen of Bollywood!