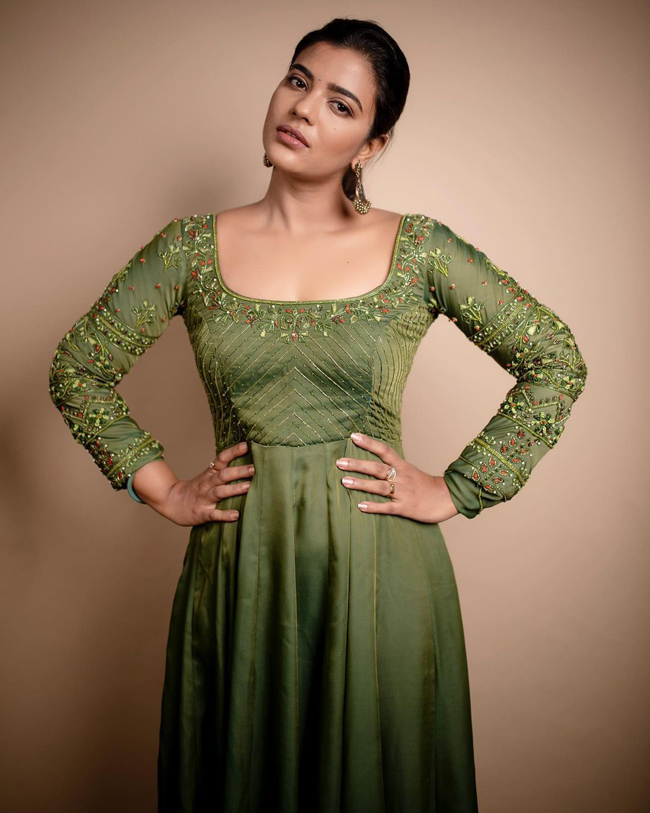 The bubbly beauty of Kollywood, Aishwarya Rajesh is racing her way towards stardom even in Telugu. It is said that the actress is all set to work in the Sai Tej-Deva Katta film and has two more films in the pipeline in Tollywood. She was last seen in the Vijay Deverakonda dud film World Famous Lover. Even in that film, it is her portions that saved the film from becoming a disaster! Many critics and movie lovers are saying that the actress is slowly picking her chances towards becoming the numero uno actress after conquering Kollywood of late!

Aishwarya is using every chance to share her feelings and details of Cinema career via social media. It is evident that she started with small films and landed in big movies alongside actors like Vijay Sethupathi.

The actress has recently impressed everyone with her Tedx Talks session. Aishwarya Rajesh from no one to the most sought after actress in Tamil Cinema. The actress has come a long way dealing all the turbulent days of her life single handedly!