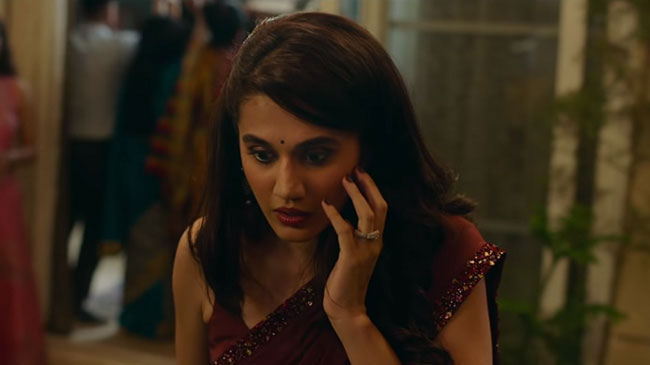 Talented actress Tapsee Pannu proved that she is more than a glam doll in Bollywood with films like ‘Pink’, ‘Naam Shabana’, ‘Manmarziyaan’, ‘Badla’ and others. She gained a good image in Bollywood by playing strong roles. She has earned a fan base for herself in the North but she often does films in the South too.

Sadly, neither Tollywood nor Kollywood realized her acting potential and gave her roles that require nothing but to do skin show and run after the hero. She made her film debut in the Telugu film industry which is why she wants to deliver a solo blockbuster in Tollywood for a very long time. As ‘Pink’ is getting remade as ‘Vakeel Saab’ and Adivi Sesh’s ‘Yevaru’ is loosely based on her film ‘Badla’, Tapsee decided to remake her hit film ‘Thappad’ in Telugu as per sources.

‘Thappad’ was released this February and gained a lot of critical appreciation. This film deals with women empowerment and feminism and how society developed a certain way to look at women. Now, she is planning to remake this film in Telugu as per the talk in tinsel town. The official information regarding this remake is yet to come out.