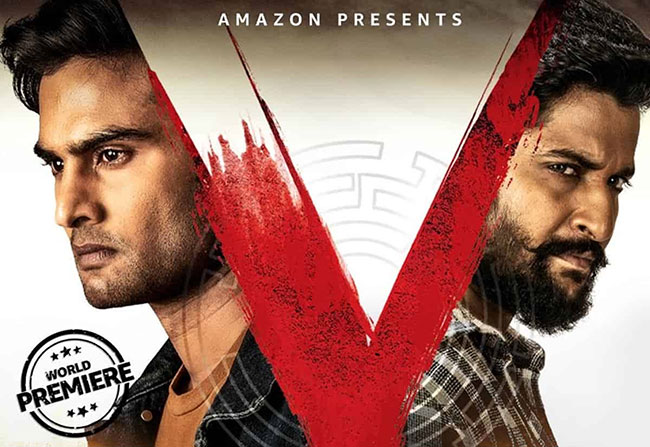 The OTT platform Amazon Prime is all set for the big premiere of the latest big film ‘V’ in just a few hours. The film is the first of its kind big film that was produced by ace producer Dil Raju with a massive budget of Rs 30 Crores. There was no big film that was released in the South like ‘V’ so far and thus everyone’s eyes are on V and its views and downloads. The biggest expectation from all is that will ‘V’ become a game changer? Will it be a trendsetter on OTT?

The OTT giant has upped the promotion for the big release and everyone can witness it with the random release of the video songs from the film like a Bollywood film.

On the latest, Amazon Prime is speculating an increase in subscribers, views and downloads and getting good revenue from this film. If it gets a positive response, the film will become a trendsetter in Telugu Film Industry as it should release in Theaters as well during Christmas or Sankranti.

Recently, the video song Touch Touch Me was released and has caught the eyes of dance lovers.The party number has the uniqueness of a Bollywood song and Music Director Amit Trivedi has taken the film to the next level with his great music. The dances of Sudheer Babu and Nivetha in the song is just fabulous and you will end up asking for more!

Earlier Director Indraganti Mohana Krishna revealed the genre of the film as a mystery thriller and is happy that the film is directly releasing in 200 Countries via Amazing Prime. All the cast and crew is hoping for the film to become a big hit on the OTT.