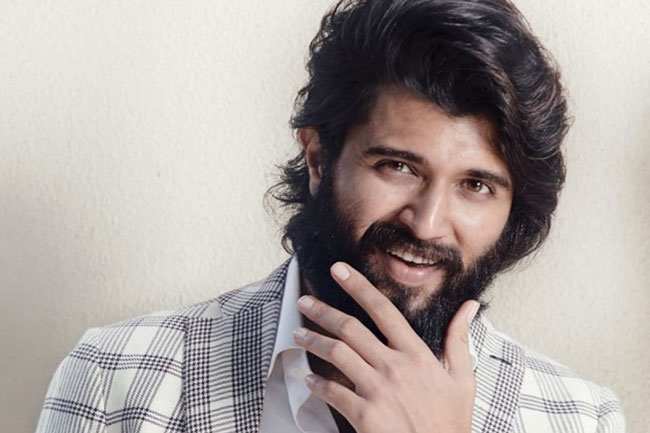 The new sensation of Tollywood, the Rowdy brand boy Vijay Deverakonda is leaving no chance to be in good looks of the paparazzi. The actor was recently adjudged as the ‘Most Desirable Man’ by Times of India tabloid. Vijay is the only star from Telugu Cinema to be in the top-10 Most Desirable list. Vijay stood in 3rd place next to Shahid Kapoor and Ranveer Singh who stood 1 and 2 places respectively.

Deverakonda has acclaimed a huge fan following post the blockbuster success of ‘Arjun Reddy’. The film ‘Arjun Reddy’ was loved by all the film fraternities too. Actress Jhanvi Kapoor has said in ‘Koffee with Karan’ Tv Show that she loved Vijay in that film and if chance comes she would act alongside him any time soon.

Kiara Advani who acted in the Bollywood remake of ‘Arjun Reddy’ titled ‘Kabir Singh’ has appreciated the work of Vijay and also said she loves to be part of his film in the near future. Kiara has already acted with Vijay in a TV Commercial for an ethnic wear brand.

Vijay’s career graph has fallen after his last success ‘Geetha Govindam’. His dream fulfilment is now in the hands of maverick director Puri Jagannadh who is introducing Vijay into the Bollywood. Ananya Pandey is playing the lady lead in this film.