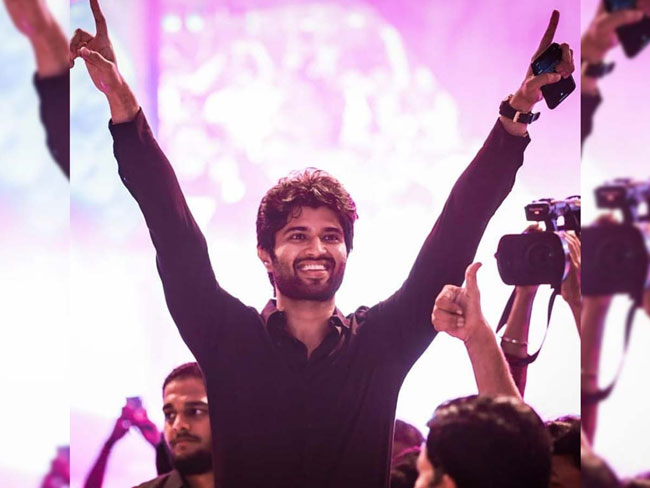 Ever since Arjun Reddy released, Vijay Deverakonda has gained a huge fan following on social media. Not just in Telugu, the young actor is also quite popular among in Tamil, Malayalam, Kannada and Hindi. He created his own mark in Tollywood and became a big competitor for the existing heroes.

We are aware that Vijay is an avid social media user. The actor has now achieved a rare feat on Instagram. Vijay Devarakonda’s follower count crossed 9 million and it is very special for the actor. Vijay is the first South Indian actor to record this achievement.

On the work front, Vijay is making a debut in Bollywood with his next film under Puri Jagannath’s direction. Ananya Pandey plays leading lady which is said to be a sports-based action drama.