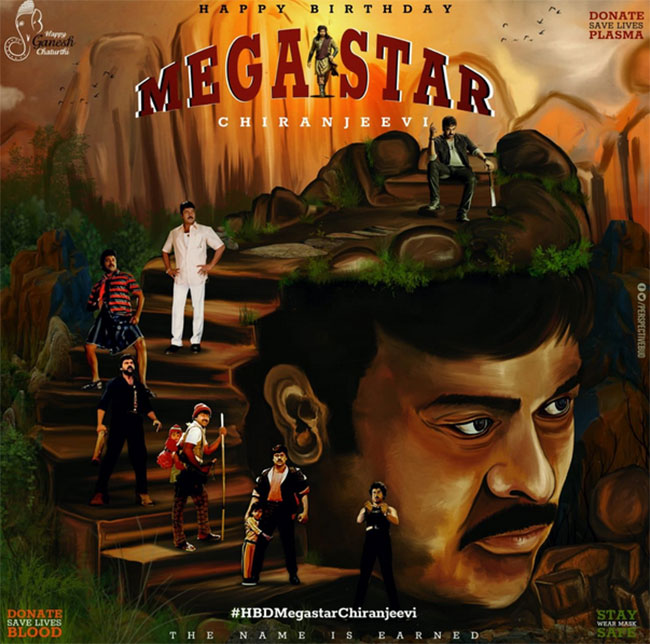 Konidela Siva Shankara Vara Prasad who came into the film industry as a nobody became Megastar Chiranjeevi is celebrating his 64th birthday today. The legendary actor who is ruling Tollywood from the past three decades has touched millions of people with his films. The phenomenal actor and tremendous dancer called lovingly as ‘Annayya’ by his fans is still working hard to entertain everyone.

As Megastar celebrates his birthday on the auspicious Vinayaka Chaviti, wishes started to pour in on him from midnight itself. Starting from his own family members to the uncountable number of fans, everyone is wishing the Megastar for great success and good health.

Chiranjeevi is an inspiration for everyone who dreams of making it big in any field. He proved that hard work and dedication can take you to the top and the most valuable lesson he teaches us is that no matter how far we go, people should be humble and remember where we came from. The first look of his upcoming film with Koratala Siva will be releasing today evening at 4 PM. Fans are excited to see their matinee idol in a new look.