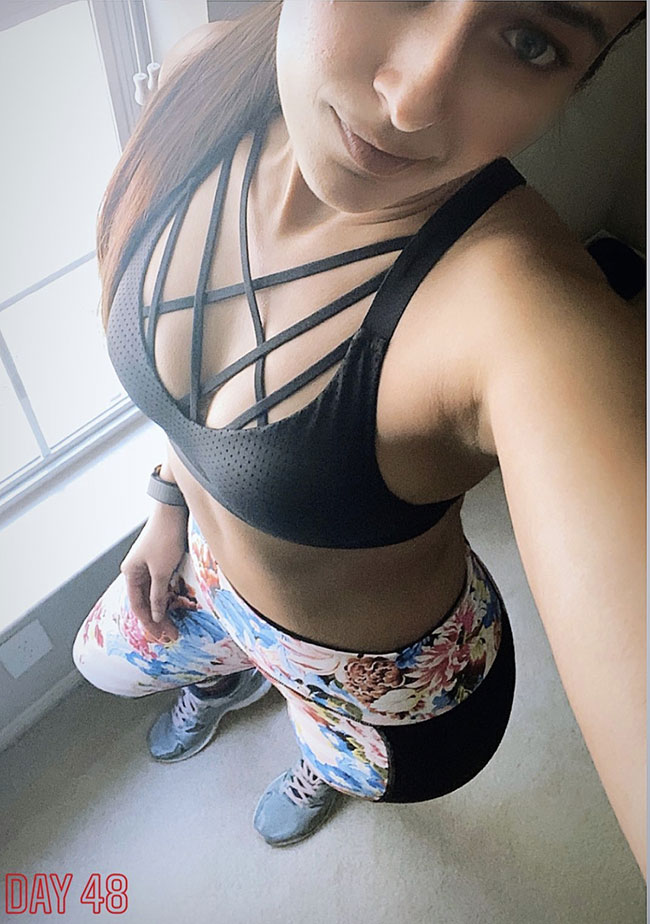 Goa beauty Ileana D’Cruz cannot stop posting selfies after her workout sessions and her fans don’t want her to stop as well. The sultry siren is coming up with these selfies which reveals her slim and curvy body. The youth are going crazy with the ‘Pokiri’ girls titillating display.

Despite getting showcasing her entire body, Ileana captured only half of her face as it is not what she wants the audience to see. It seems that she wants everyone to focus on the steamy pose and voluptuous figure that is sure to give sleepless nights to everyone. Sporting a gym outfit which hugs her body so tightly, the Goa girl is luring filmmakers with her sizzling looks.

Ileana was last seen in John Abraham’s ‘Pagal Panti’. Her Bollywood film ‘The Big Bull’ starring Abhishek Bachchan as the hero will be released in Hotstar soon. News is that she will be seen in a web-series soon. The hour-glass figured beauty is looking for opportunities down South too.